Each NJ Jr. Thespian State Board Member brings something unique and special to the table.
Collaboration. Education. Passion.
​The board is responsible for planning and executing the NJ Jr. Thespian Festivals,
​giving advice on chartering troupes, and advocating for middle school theatre.
Our core values are providing an educational space for students to learn and celebrate theatre.
I want to join the team 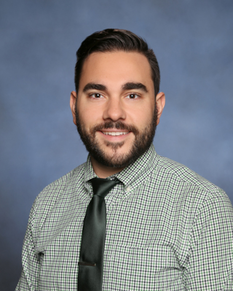 Mark is proud to be one of the founding board members for the New Jersey Junior Thespians. Mark is an 8th Grade Special Education Teacher and Drama Director at Montgomery Upper Middle School. Mark received his master’s degree in Special Education and Educational Leadership from The College of New Jersey. While attending TCNJ, Mark served as President of TMT and enjoyed time on stage and backstage. Mark has always found a home in theater and hopes to help all students find a place in the world of theater.
Contact info: maccardi@njthespians.org 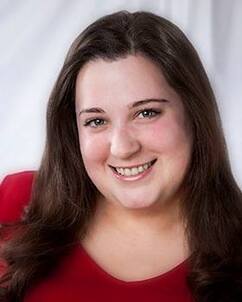 ​A member of both the International Thespian Society and Alpha Psi Omega in high school and college, Lucinda Fisher is a proud Jr. Thespian Troupe leader for troupe #89733 at Delaware Township School, where she is a middle school Special Education teacher and the advisor for the Drama Club, Jr. Thespian Society, Dance Academy, and the Middle School Play. Lucinda Fisher graduated from Fairleigh Dickinson University as a double major in Theater Arts with a concentration in Acting and in History Education and later, from the same institution, received her Masters in Education. She has worked in theater both professionally and leisurely outside of school, performing with various companies throughout the tristate area. Outside of school, she has directed numerous local productions, taught private music, dance, and voice lessons, and serves as an evaluator for the Rising Star Awards at Papermill Playhouse. She is also the director of summer theater at The Perkiomen School and the former director of children's theater at Music Mountain Theatre. She has no greater joy in life than in inspiring her students by passing on her love of theater and in her spare time, she enjoys time on the beach in LBI with her family.
Contact info: lfisher@njthespians.org 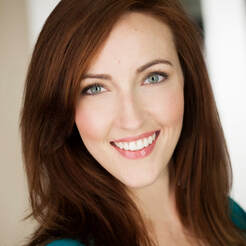 Jessica has an M.A. in Theatre from Villanova University and a B.A. in Musical Theatre/Theatre Performance from Marymount Manhattan College. She is the Drama Advisor/Director at Brick Memorial High School, Troupe #3411. She serves on the high school state board as the Workshop Coordinator. Jessica works as the Education and Outreach Coordinator at the Count Basie Center for the Arts and is a Guest Lecturer at Rosemont College. She works professionally as a Director/ Choreographer and has staged more than 200 productions. She is a four-time IMEA Award nominee for Outstanding Direction of a Musical and Outstanding Production of a Musical (Gypsy, The Last Five Years). She is a nine-time NJACT Perry Award nominee, and two-time winner for Outstanding Choreography (Me and My Girl, Crazy for You). She is a two-time Count Basie Award nominee for Outstanding Choreography (Crazy for You, The Little Mermaid). In 2017, Jessica was the youngest Choreographer to be inducted into the NJACT Hall of Fame.  Contact info: jobrien@njthespians.org 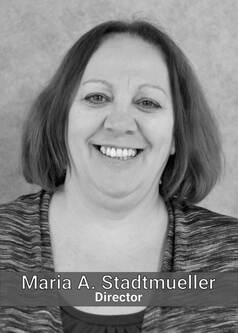 A 1984 NJ Governor’s Award Recipient in Theatre Arts, she studied at both Penn State and Rutgers Universities. She studied theatre under the late, great Victor R. Saginario. She taught Computers at Christ the King School in Manville for 7 years and was the Drama Director for the Musical, Tournament Play, Forensic Team, Debate Team, Jr. Thespian Society Troup#88909, Journalism Club, and coached the Softball Team . She taught Computers and Religion at St. James School in Woodbridge for 2 years, and has been Theatre Director at St. Augustine School in Kendal Park for the last 6 years. Under her direction, CtK was Awarded Best Production 2015; Best Actress, Best Actor, Best Solo Performer 2014; Best Actor, Best Production, Best Solo Performer 2013; Best Production, Best Actress 2010; Best Ensemble 2009 at Buck’s Cty Playhouse. Under her direction, CtK was Awarded 2nd place in Debate in Fall 2014 at Union Catholic HS. Her St. A’s troupe was awarded 5th Place Humor in 2020 and 3 rd Place Duo Improv in 2017 at Union Catholic while her CtK troupe was awarded 5th Duo 2011 and 1st & 4th Place Duo 2010 at Union Catholic. She was a Master Trainer for 20 years for GSRHC, training 3000+ adults in Leadership and was awarded the highest award given to Adults in GS, the Thanks Badge. She loves doing theatre with her 3 adult daughters who work as Vocal Director, Choreographer, and
Casting Director alongside her. When she is not in rehearsal, she is tutoring students in SAT
Prep, Pre-Calc, College Chemistry, College Statistics, College English, and most other subjects
and levels. She met her husband of 33 years when they did a show together at Somerset Valley
Playhouse. Contact info: mstadtmueller@njthespians.org 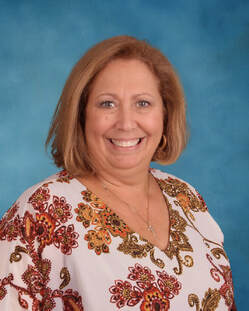 A founding member of the board, Lillianne is a retired educator with over 30 years experience. Most recently, she retired from her 20+ years as a performing arts faculty member at Ranney School in Tinton Falls, NJ, where she taught music and theatre classes to children in PreK through 12th grade. Outside of the classroom, she has produced and directed numerous productions, taught private music and voice lessons, and served as advisor to nationally recognized honor society chapters of Jr. Tri-M Music Honor Society®, Junior Thespians Troupe, and National Speech & Debate Team. Mrs. Torrente feels strongly about giving back to the community, and in doing so has served as a Cantor and Children’s Music Minister at her local church, St. Gabriel’s Parish in Marlboro. She holds a Bachelor of Arts from Wagner College and her professional affiliations include ACDA, NAfME, NJMEA, NJAIS, and NSDA.
​Contact info: ltorrente@njthespians.org

Thank you to our past board members: 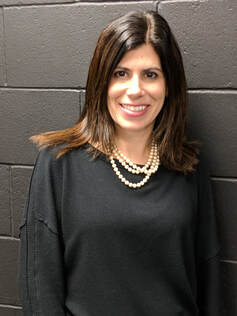 Kimberly has been teaching for over 20 years. She is a full time middle school theatre teacher at Ocean Township Intermediate School. Kimberly received her undergraduate degree in Theatre and Dance from the University of Texas at Austin. She is also an alumni for the New York City Teaching Fellows Program and Americorp. She received her Master’s in Elementary Education from City College, NY.  Kimberly has completed all of her Doctorate coursework (ABD), in Teacher Leadership, from Walden University. Previously, she has taught reading/language arts to middle school students for more than 13 years. For the past 10 years, she has also been an adviser for an after school theater program in Ocean Township. Prior to working in Ocean Township, Kimberly taught reading/language arts, dance, and theatre in a theatre arts middle school in the Bronx.  Her career includes acting, directing, and behind the scene work in various productions throughout the country, and working with non profit theatre organizations to promote theatre to students of all ages. In her spare time, she enjoys spending time with her beautiful family, including her four energetic children. She also loves to travel and watch theatre productions.
Contact info: kwelch@njthespians.org 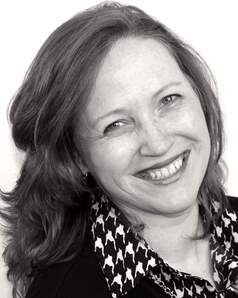 Caitlin teaches 5th and 6th grade Drama at the Stafford Township Intermediate School in Manahawkin, NJ. She grew up in New Jersey, both the north and southern parts of the state. Her favorite place to be is Manahawkin, New Jersey. She is definitely an island child. Caitlin attended college at both Montclair and Glassboro State (now Rowan University). She has a Bachelor of Arts in Children's Theatre and also studied Broadcasting and Elementary Education. She taught preschool for nine years before I came to Stafford. Caitlin has been with Stafford Township School District for thirteen years. She is married and has three beautiful children. When Caitlin is not teaching, she loves photography, going to the theatre, watching movies and reading. She enjoys spending time with her children, going on adventures, and finding new and exciting things to explore. ​ 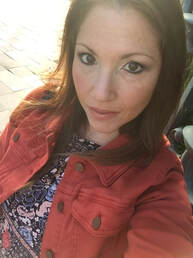 Holli was our amazing chartering advisor from 2017-2019. Thank you Holli!
Once Upon a Time, Holli received her BS in elementary education from Boston University, and has been putting it to good use for the past fourteen years as a teacher and drama director for Freehold Township Schools.  The best part of her job is working with some of her best friends to direct casts of approximately 100 students each year in the Eisenhower Middle School musical. Theater Nerd Fact: Holli was an original member of the Idina Menzel fan club in 1996...(that's 17 years before Elsa "Let it Go..."). ​ 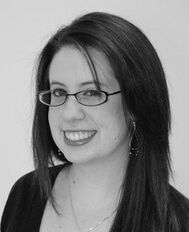 Michele was our wonderful Workshop Co-Coordinator from 2016-2017, and one of our original board members. Thank you Michelle for all of your hard work!
Michele Greenspan  has her bachelor's degree in Theatre Arts, with a concentration in Directing, and English, with a concentration in Secondary Education from Muhlenberg College. Michele currently teaches 6th and 7th Grade Language Arts at Carl H. Kumpf Middle School in Clark, NJ.  She also co runs the after school Drama/Improv as well as co-directs the school musical.  Michele was a part of the inaugural NJ thespian festival in 2017 and she excited to see what it will become. 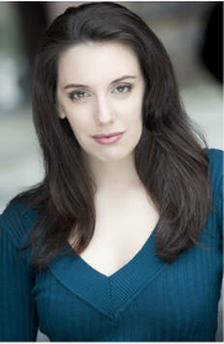 Joan was our amazing Workshop Coordinator from 2017-2020. Thank you Joan!
Joan received her Bachelor's of Music in Music Theatre from Westminster Choir College, and her     Master's in Theatre Education from Emerson College. She is a full time performing arts teacher at   Timberlane Middle School in Pennington, NJ, where she works with both 7th and 8th grade honors and intro level classes. She is also the director and choreographer of the spring musical at Timberlane. Joan has directed and choreographed at Bridgewater Raritan HS, Immaculata HS, and West Windsor High School South. She is very excited to be part of this new opportunity for middle school students!