10 Theatre activities you should do tomorrow

In this month of February, JSTO and eighth grader, Shreeya Mehta,  describes her favorite activities from her drama club and theatre classroom.
​Get inspired and start making some theatre!

"Movie Trailer"
“Movie Trailer” is a fun improv game where you are separated into groups and have 5-10 minutes to create a movie trailer. I played this game over the summer and it was so much fun. My team had made a funny love/drama documentary about a careless newly wedded wife whose husband had fallen out of a spaceship. This game expands your imagination and helps you limit things. In the game, you can’t give away the ending so it's hard.

"American Idol"
“American Idol” is a game exactly like the TV show but with some funky characters. You have three judges and as many vocalist as you would like. The vocalist will sing something whether it is good or bad and then the judges would rate them. It is a very funny game because the judges have different personalities and the singers could be really good or awful. We played this game at my drama camp and our judges fought with each other. There were two singers and the bad singer ended up winning and the really good singer got mad. This activity improves your theatre skills because you get to act and sing all in one.

“Roll Call”
“Roll Call” is a voice projection game where you line up on stage, or wherever you are and pronounce your full name. Your voice needs to be loud and clear. At the drama camp that I go to one of the many things that we do is this game. We stand up on stage and one by one say our full names. If we aren't loud enough we have to do it again and again until it is perfect. This activity helps improve your skills because when you are on stage, singing or acting, the crowd needs to hear you nice and clear; whether you have a mic or not.

“This is a What?”
“This is a What?” is a very famous game in the drama family I belong in! How the game works is everyone sits in a circle and has an object. You start off by looking to the person to the right of you and start saying what your object is. For example if I had a shoe I would say, “This is a SHOE a what a SHOE a what a SHOE” and then the person to the left of you would say “Oh a SHOE!” and then your object gets passed on and the person to the right of you would give you their object and you would continue the game until you get your object back. This helps improve your skills as a theatre student because with all the people saying everything at the same time, it gets really confusing. During a show if someone is talking you have to continue what you are doing and say your lines. This game helps you concentrate. 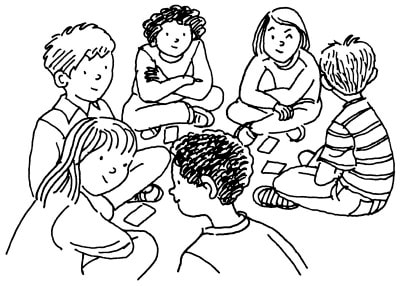 “Octopus”
“Octopus” is probably one of my favorite games. So how the game works is the Octopus claps a beat and all of the other people have to jump as many times the Octopus has clapped. Once everyone is done the Octopus will jump the same amount of jumps as everyone else and then try to get people out by tapping them. If you get tapped by the Octopus you sit down and are now the Octopuses tentacles. If anyone jumps near you you can get them out by tapping them while you are on the floor. For example if the Octopus clapped a beat that had 5 claps in it everyone would jump 5 jumps. After everyone does their 5 jumps the Octopus will jump and try to tap people out. The last person standing is the winner and the new Octopus. This game is so much fun when we play it because it is something different and it's the best when you get your friends out. This activity isn’t something that can improve your theatre skills but it is like a team building exercise and you get closer with your cast mates.

“Machine”
“Machine” is a game where someone starts off by being a part of machine. They will either be making sounds, moving around, or both. This person keeps on doing this until the director says to stop. One by one more and more people will add on and make a bigger machine. Everyone continues to do their motions until they are told to stop. Nothing can be repeated. I’ve played this game a lot, whether it was before an audition, or just for fun. It is a good team building exercise and a lot of fun!

“Quinoa Game”
There is not an actual name for this game but my drama directors like to call it the “Quinoa Game.” So this game is very self explanatory you can take any type of food packaging such as a packet of Quinoa and start reading the instructions. The catch is that before you start reading you are given a character that you have to act as and the rest of your theatre family has to guess what character you were acting as. This game is a lot of fun and so simple. In my drama camp we were assigned the easiest characters but when you tried reading the instructions as your character it got really hard. This is game is very good because you are able to act out the character you were given and apply to the smallest things.

“Bus Stop”
“Bus Stop” is a very fun and action packed game that shows your creativity. How the game works is there are two people at the “Bus Stop” and one person waiting for their turn. The rest of the class is sitting and watching until they go. So two people start off by picking a character from a hat or a bowl and then sit at the imaginary bus stop. They have to act as their character until some sort of sound is made and the 1st person leaves and then a new person comes. In the camp that I go to and my music class and school we play this game all the time. Some funny characters we have had is a germaphobe, Dory, self-obsessed person and so much more. This game makes you think without having any time to practice. It puts you on the spot to come up with an idea to present.

"Fairytale"
“Fairytale” must be one of my favorite games. You pick your favorite childhood fairytale and act it out with a group of people. Except… you have to act it out in 60-90 seconds, then 30 seconds, and then 10 seconds. When we play this game it gets super hectic but is hilarious because you first watch everything happen nice and smoothly but when it comes to doing it all in 10 seconds everything is happening all at once! This activity improves your skills as theatre students because you are able to take a scene that is longer and shorten it. 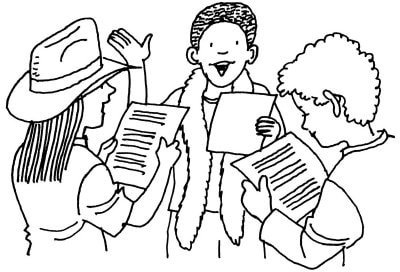 "Vocal Warm Ups"
This is probably the easiest thing to do because you don’t need anything but your voice. Whether you are doing lip trills, scales, or tongue twisters, you are expanding your vocal range. In every musical or acting group, we do vocal warm ups to warm up our voices. We make the boring things fun by adding some fun tricks and challenges. This improves your theatre skills because you learn how to warm up your voice and you are making your voice better by practicing. 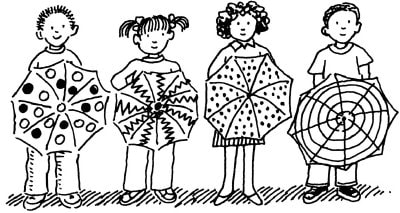 Shreeya Mehta
2019 JSTO
BACK TO BLOG